If you ever find yourself in Japan at the beginning of November, I implore you to make your way down south to the island of Kyushu to a city called Karatsu. It’s nestled on the west coast of Kyushu and quite easy to reach from Fukuoka.

November is the busiest time of the year for Karatsu. For three days people from all over Japan and the world come to eat, drink and watch great floats be pulled throughout the city. 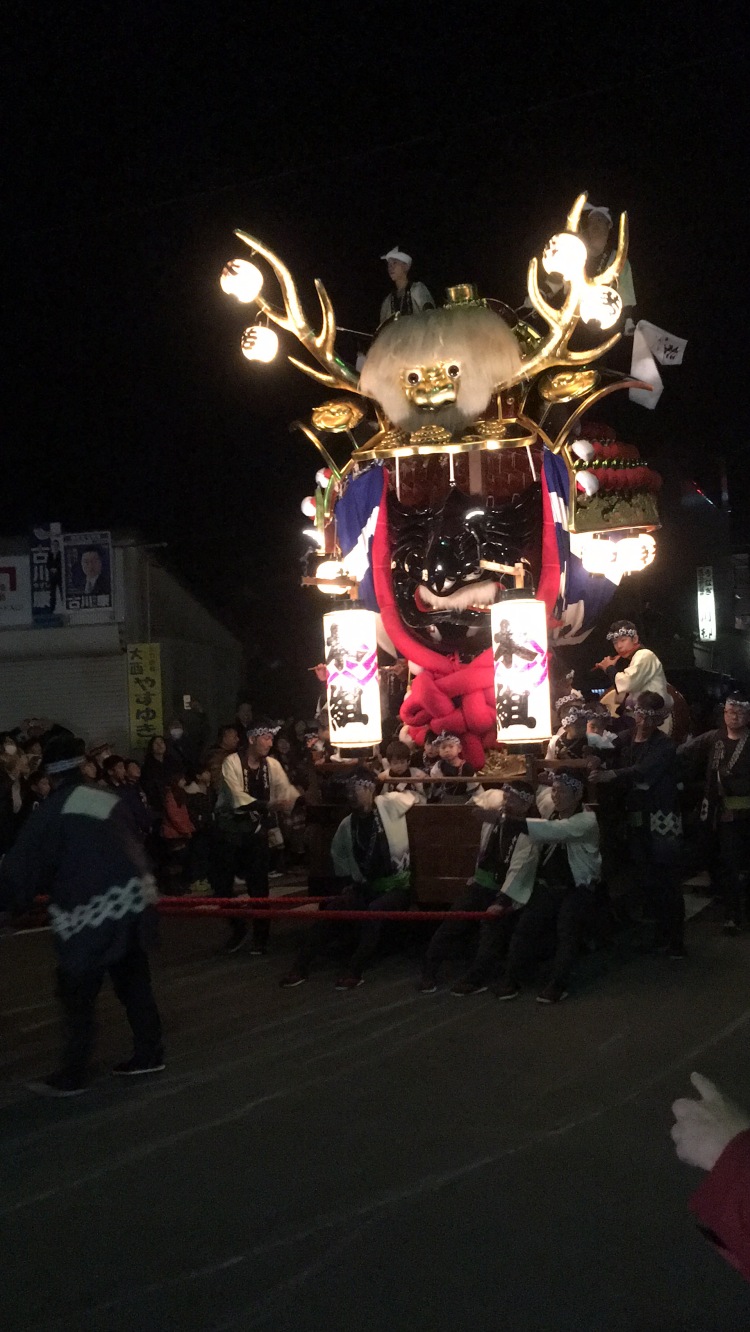 Since moving to Japan two years ago I have seen a lot of festivals and hands down Karatsu Kunchi is my favorite (I might be a little biased). There is something about Kunchi that makes even an outsider feel welcome. It’s a festival that brings everyone together. 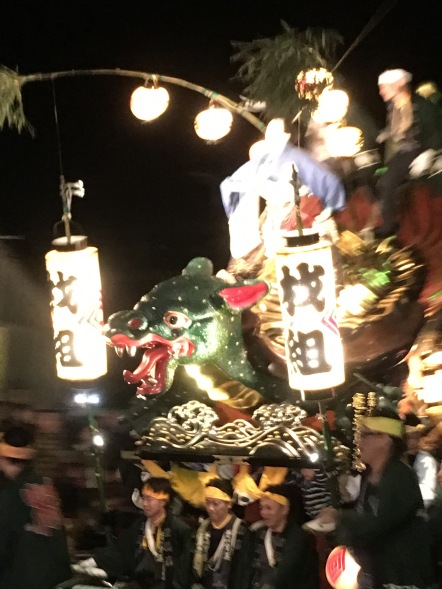 So let’s talk about the first day …. well night actually. The always kicks off the night of November 2nd. The city spends an entire week setting up food and game stalls along parade routes and the downtown area, concentrated around Karatsu Shrine (唐津神社). Once the sunsets thousands of people line the streets and wait to hear the call of “En-Ya! En-Ya! En-Ya!” and the flutes and drums of musicians sitting at the base of every float.

The road to Karatsu Shrine is lined with stalls. At the end of the night, the 14 floats (HIkiyama) pulled down this road to the shrine. 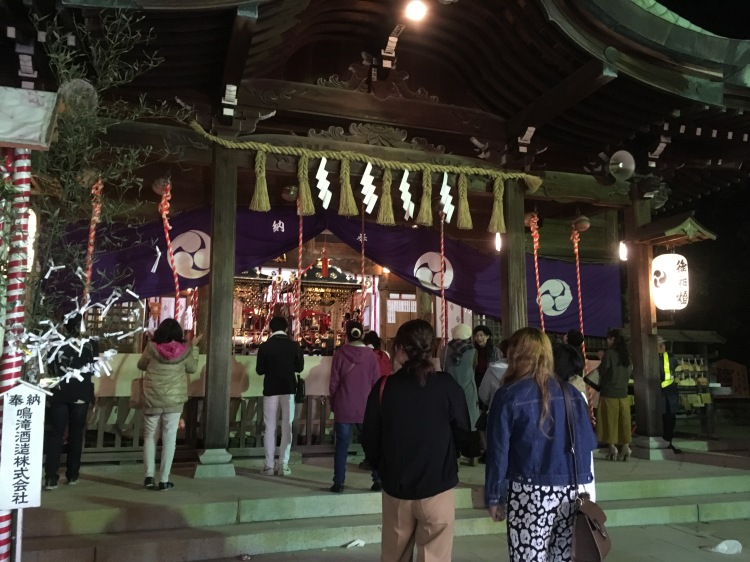 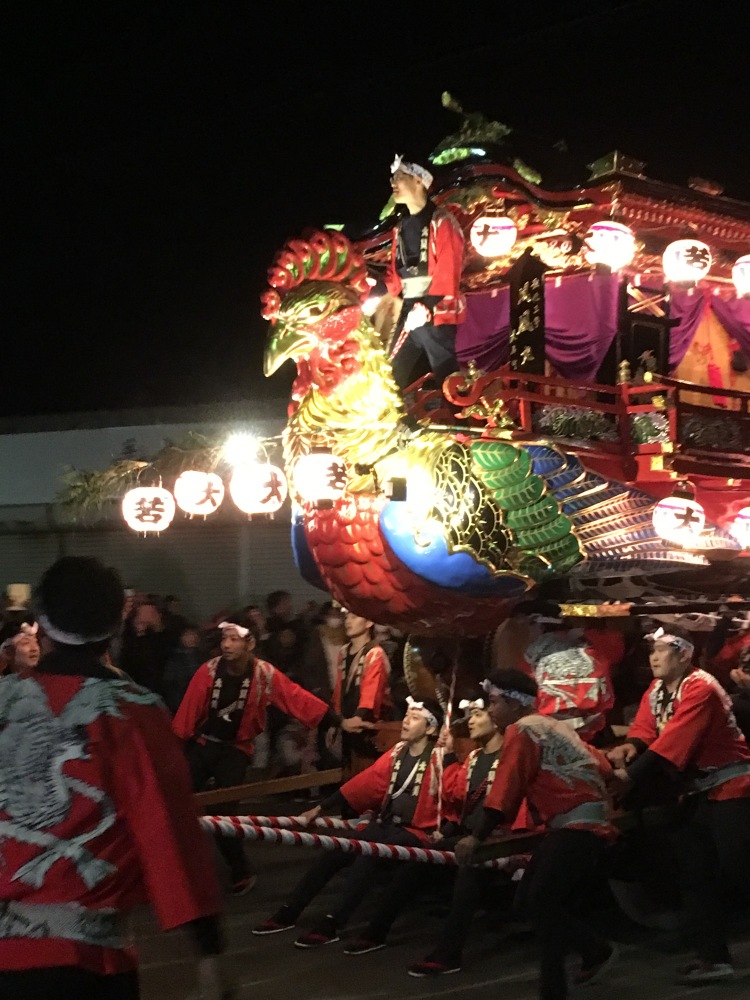 The float pullers are made up of people from the old neighborhood where the float is from. Each float has a different color and designed Happi (発表 はっぴ), a traditional workman’s coat. Young boys and girls can help pull but young girls can only pull the floats until their first year of high school. Boys and girls as young as 5 years old help pull though the youngest participants are at the front of the ropes while the older and stronger men pull near the base of the 1-ton floats. They help pull, turn, and stop the floats.

The Night Pull finishes when all the Hikiyamas are pulled down to Karatsu Shrine through the all of the stalls. They are lined up in an empty lot in front of the shrine and covered with plastic sheets for the night. 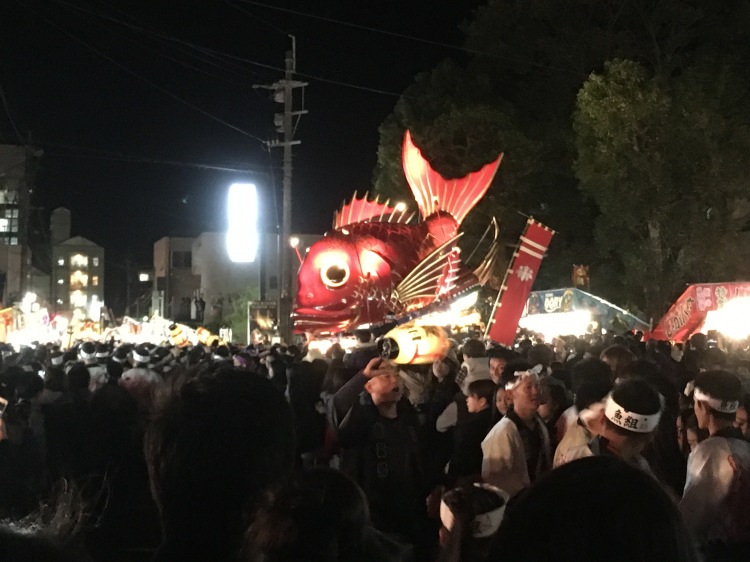 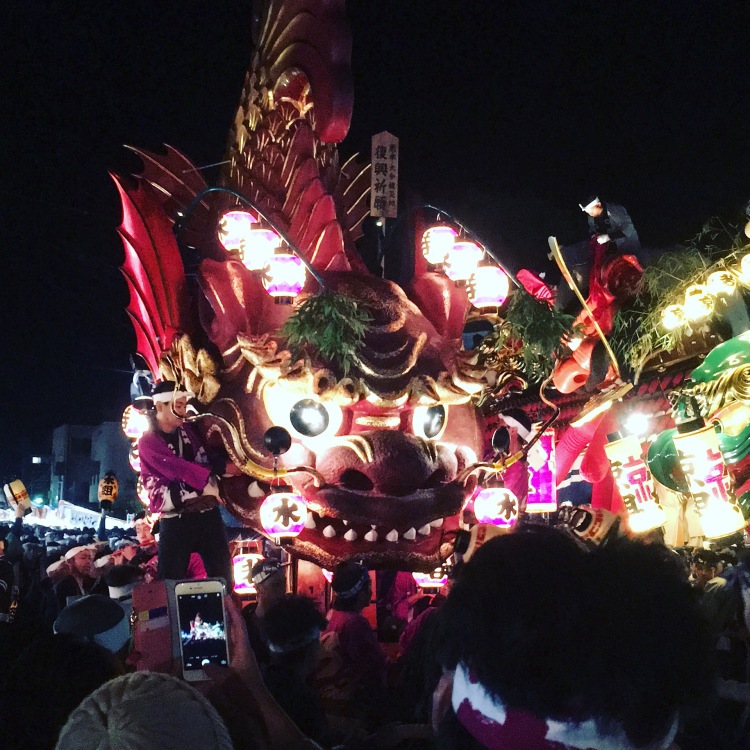