I apologize for the lack of posts this month. I caught a bad bug earlier this month and was out of commission for about a week and then I had to play catch up at work. On top of that, we are preparing for the arrival of our new JET ALTs in Saga! It’s an exciting time for new JETs as everyone is finding out their placements. So will out further ado – ON WITH THE POST!

I am excited to present the Ouchi Ajisai Matsuri!

Ouchi is a small town on the outskirts of Karatsu City. Driving through it doesn’t look like much it holds one of my favorite spots in Karatsu, the Mikaeri Falls. The Mikaeri Falls are accessible year-round but the most popular time to go is throughout June to view all the Hydrangea. It’s so beautiful that the folks in Ouchi have made a festival out of it. In Japanese ajisai means hydrangea, and they are popular flowers after sakura and wisteria.

Japanese hydrangea typically blooms during the rainy season. In Kyushu, hydrangea reaches its peak in June. Ouchi runs the Ajisai Matsuri for almost the entire month of June. Unfortunately, like many places around the world, Kyushu has been hot and dry. On the weekend my friends and I went, well into June, it had yet to rain. It was a hot and sunny day and lots of kids played in the river, but the flowers were suffering. We did our best on a tight schedule and a hot day.

Be warned, going on the weekend means traffic. There is only one road leading to the festival so it’s busy. Police direct traffic efficiently so the wait isn’t too long. After parking, we decided to grab lunch at a house advertising soba noodles. This house is right next to the road and surrounded by recently planted rice fields. The family runs a small lunch spot in the front tatami rooms of the house. All of us order the soba lunch set. The coolest thing about this lunch set is that it’s two servings of noodles cooked on a stone roof tile. 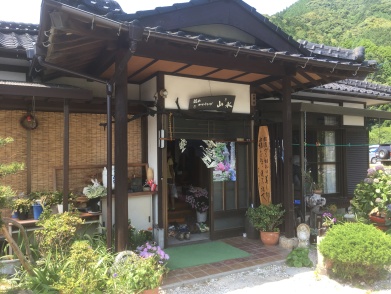 After waiting in traffic and enjoying an extended lunch, we realized we didn’t have a lot of time left before we needed to return for David to catch the train. So, we took our time with the front half of the festival and vowed to come back after it rained. 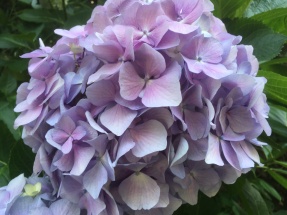 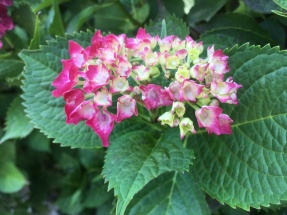 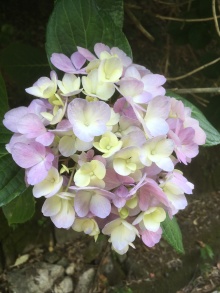 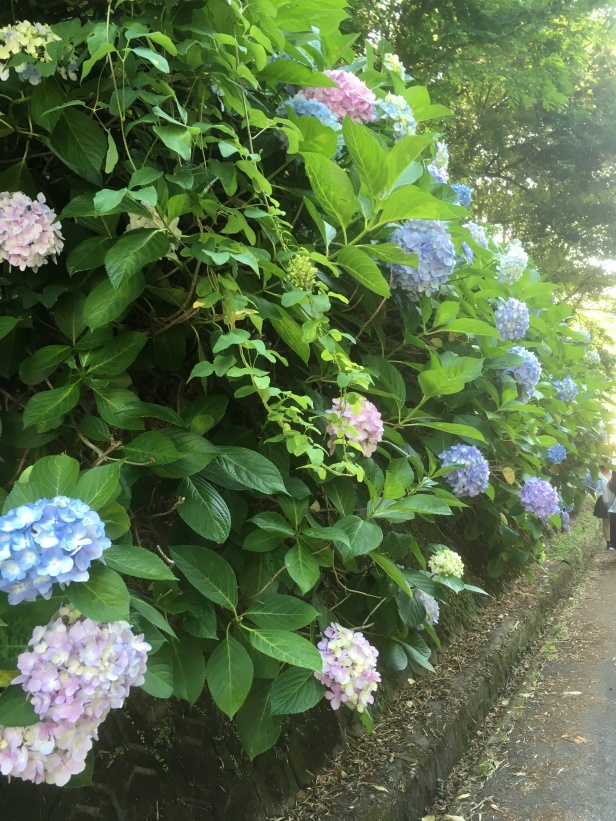 Stay tuned for Day 2 of the Ajisai Festival, where I return after the rain and get some gorgeous pictures of te hydrangea around the waterfall!

Check out it here!